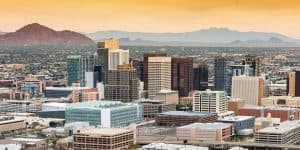 While early 2018 showed a national slowing in rates of foreclosures, by July rates were trending up again. In fact, cities in Florida and California were showing rate increases of better than 20%.

Recent loosening of financial restrictions has introduced more uncertainty back into the housing market. While low interest rates lessened the urgency of buyers to hurry and find a house to purchase, less difficult mortgage qualifications put lenders in greater danger of risky loans.

Additional challenges to homeowners included the fallout from natural disasters, including the city of Houston. Other cities hit hard by foreclosure increases in mid 2018 included Miami and Los Angeles and even Phoenix Arizona according to Doug Hopkins Realty.

While some states and metropolitan areas suffered harder foreclosure hits in 2021, most of the nation enjoyed lower foreclosure rates. In addition, properties seized in foreclosure are spending less time in legal limbo than in previous years.

Banks are acting quickly to take control of properties away from buyers who can’t pay, turning the properties back onto the market with greater speed. This indicates that buyers in the market for foreclosed properties are heating up their purchasing plans.

Was The Summer Dip An Anomaly?

Part of the change in foreclosure rates can be tied back to the crash of 2007-2008. Up until calendar year 2018, half of the mortgages going into foreclosure were originated between 2004 and 2008. The financial free-for-all (and subsequent free-fall) triggered by poor loan decisions appeared to be clearing in 1st quarter 2018.

As the nation of homebuyers crosses from pre-recession to post-recession loans and lending requirements, we had hopes of a more stable housing market.

Foreclosures spiked in October of 2018. The ramping up of foreclosure rates that began in the summer continued ever upward to a rate of 21% in October 2021

States especially hard hit during this ramp up included

Other states showing a year-to-year increase in foreclosures include New York, Pennsylvania, Florida, and Alabama.

In addition to an increase in foreclosures, prospective buyers are facing higher sale prices on the available housing stock. Higher mortgage interest rates have not been offset by easier access to money. Nowhere in the nation has this been more obvious than in the western U.S., where pending home sales rates dropped nearly 9% from last month and are down over 15% from last year.

These challenges are especially evident at the low end of the market, where an elevated price in combination with a higher interest rate has priced many first time home buyers out of range for making that initial purchase. For those seeking their first 30 year mortgage, rates are approximately 5%.

Renters are not finding it easy to locate less costly housing. In addition to jumps in house prices, renters are facing tighter markets, high rental rates and smaller available spaces.

Experts believe that the mortgage market is no longer at the mercy of bad real estate investment loans given out prior to 2008, particularly those issued in the bubble years of 2004 to 2008. Current foreclosure data points to three basic triggers making it difficult for home buyers to meet their obligations.

One need only look at the extremely high foreclosure rates in the city of Houston, which is facing a 76% increase over last year. The devastation of Hurricane Harvey, the damage left behind both to housing stock and to the infrastructure necessary to get to your place of employment, demonstrate the enormous damage that can be left behind even after the storm moves on.

Sadly, interest rates will likely not be falling soon. Potential buyers must face the prospect of having to come up with a larger down payment and face a larger monthly mortgage payment, as well as understanding that selling their house may take longer. This is a particular risk for anyone selling their first home and looking to expand. Days on market trends may be dropping nationally, but many sellers may find themselves unable to sell their starter home. 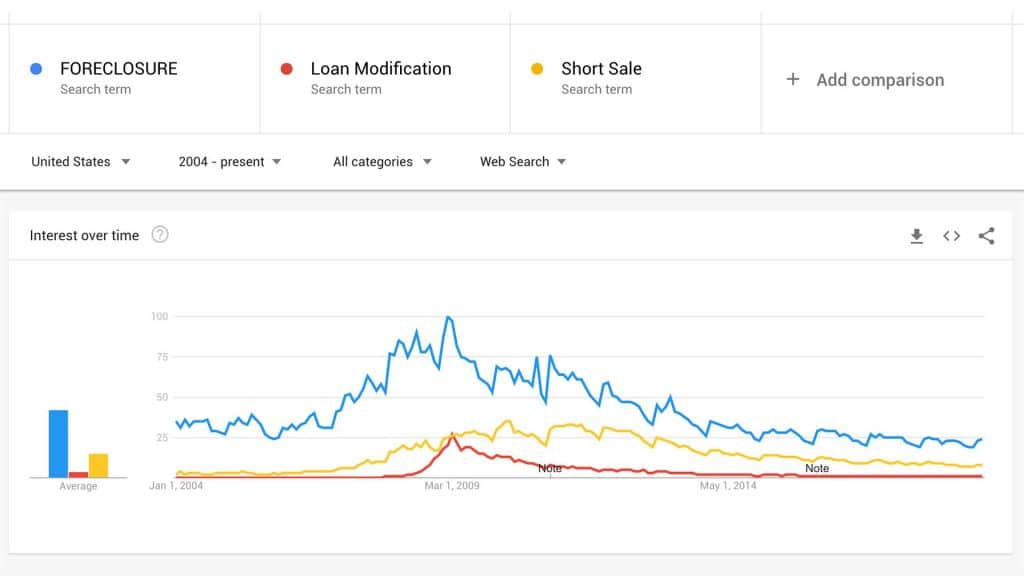 During the mid 2000s, the US housing market went through a very volatile time period. Leading up to 2006, the sub-prime mortgage industry issued millions of sub-prime mortgages, which led to a big increase in the demand for housing and ultimately the median value of a home increased as well. Once interests rose, and a lot of adjustable rate mortgages reset, millions of people suddenly were left with mortgage payments that were unaffordable and mortgage balances that were underwater. Thus the need for many Americans to sell house fast to cash investors.

This activity in the mid-2000s had a big impact on the rate of foreclosures in the United States. While the rate of foreclosed properties declined, those that follow the housing market and overall economy continue to keep an eye on changing trends. At this point in 2017, there are several foreclosure statistics that people need to be aware of.

Increased Foreclosures in May

During the month of May, the number of homes that were in the foreclosure process increased by 5% compared to April 2017. At the end of May, there were a total of 647,000 homes that were in some part of the foreclosure process. This includes homes that are actively bank owned, in default, or going through the auction process. While the number of foreclosures in May was higher than in April, it is still down by more than 20% compared to May 2016.

Foreclosure Rates Higher in Certain Markets Those that follow the real estate industry will also find that the rate of foreclosures in 2017 is higher in certain states, which are spread across the country. Overall, 1 in ever 1,620 homes in the United States is in the foreclosure process. The states with the highest concentration in the country right now are New Jersey (1 in 512), Delaware (1 in 742), and Maryland (1 in 997). Other states with high levels or foreclosure are Illinois and Nevada. The areas with the lowest levels of concentration are included in the northwest and include Montana, North Dakota, and South Dakota.

Improved Credit Availability One of the reasons why the price of foreclosures has increased, despite the increased supply, is that there is now more credit availability than there was in prior years. Lenders are continuing to grow comfortable with the housing market and overall economy. This has made it easier for the average consumer to obtain financing for a foreclosed property.

Expected to Increase in the Future While foreclosure rates are lower today than they have been in the past few years, the recent increase compared to the prior month makes it seem as if the rate will continue to rise in the future. There are a lot of different factors that will influence the rate of foreclosures including rising interest rates, increasing home prices compared to stagnating wages, and overall higher costs of living, which will make affordability more challenging. In conclusion, the housing market is one of the most significant industry sectors in the United States. One of the biggest indicators of the housing market’s overall strength is the foreclosure rate. Those that follow the housing market and overall economy should be aware of a variety of 2017 foreclosure statistics.